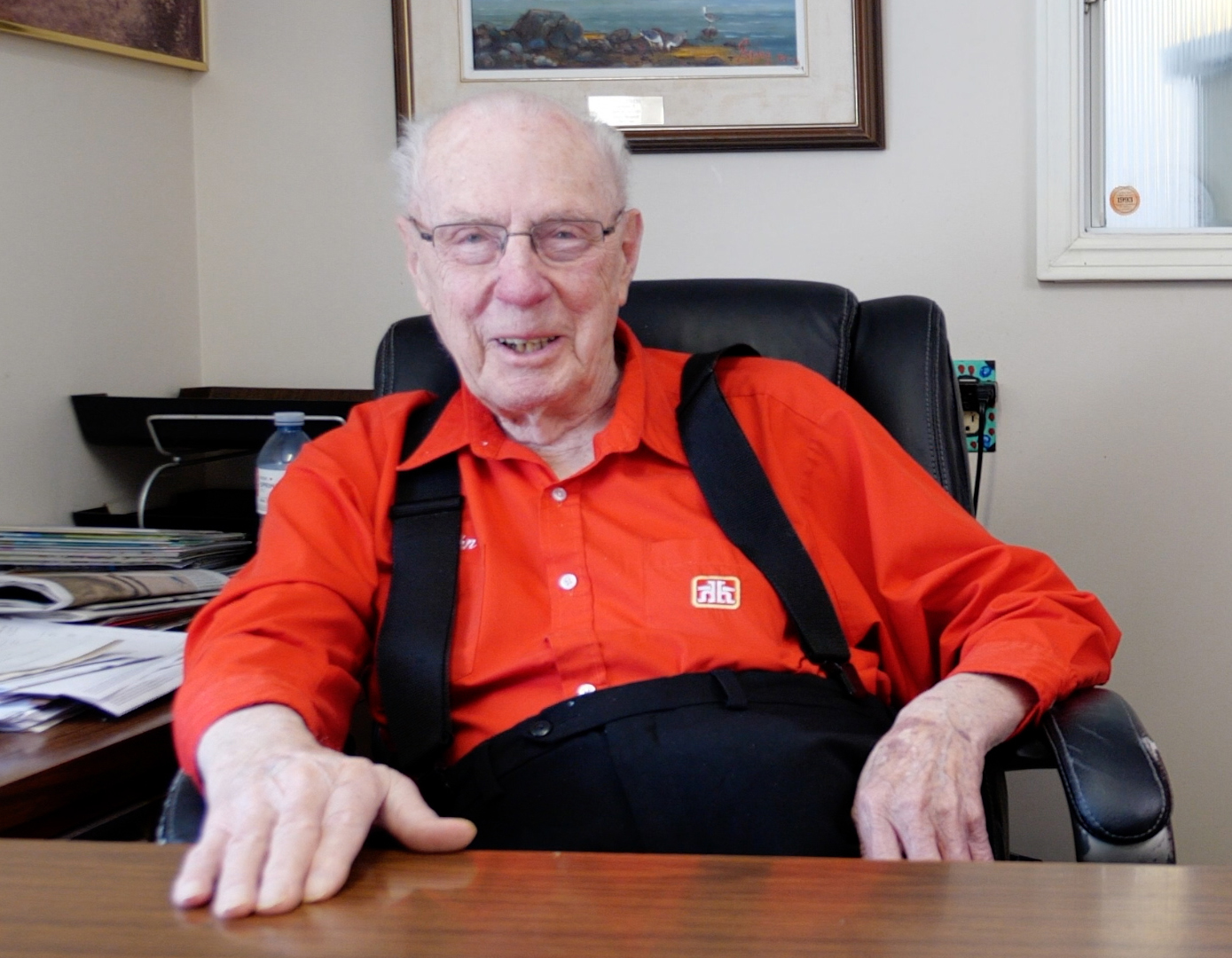 It is with great sadness that we announce the passing of our father, John William Payzant, 90, of Bedford, Nova Scotia, on February 9th, 2021.

He was born to parents, Allen Godfrey and Sadie Belle Payzant, on June 25th, 1930. He was predeceased by his parents, his beautiful wife, Shirley Elizabeth (Elliott), two brothers, Allen Frederick Payzant and Clyde Andrew Payzant and granddaughter, Tara Dawn Payzant.

How does one summarize the life of this man? Dad left the family farm at the tender age of fourteen, to pursue his childhood dream of becoming a successful businessman, with a grade nine education. Beginning his work life earning $18 a week, at a furniture store in Windsor, N.S., he quickly realized after marrying the love of his life, Shirley, in 1951, and with the addition of their first child, that he needed to do better.

They moved to Lr. Sackville in 1952, to begin working for Ted B. Blackburn at Blackburn Shopping Centre, one of the first shopping malls in the province. After years of hard work and gleaning many valuable business tips from Blackburn, Dad purchased the basement of the Blackburn building and established a hardware store. In 1969, Dad had built that business to a level that allowed him to build a new store on Sackville Drive, where it still operates today. In 1970, he joined ranks with the Home Hardware family of stores, largely due to the company’s guiding ethic- that community and the common good is simply good business.

Dad did business in an “old fashioned” way, built on the philosophy of maintaining a good relationship with his customers. When the local housing boom started in the early 1970’s, he extended credit to many young families, who could not otherwise afford to to pay for all of the building materials they needed, all at once. Lending a helping hand was commonplace for Dad, having a generous and compassionate heart for those who needed a hand up.

Those early years were hard work, where he regularly logged 70 hours a week, and even if the store was closed, the phone would ring from someone with an urgent need for something, and off he would go to unlock the door and fill that need for his customer.

Dad served in many groups and committees, some of which include the Kinsman Club of Sackville, the Lake District Recreation Association, the Sackville Chamber of Commerce and was a 40 year member of the the Atlantic Building Supply Dealers Association, where he served as chairman in 1989/90.

Many would say that our Dad helped to build Sackville to what it is today. Words we have heard from many of his friends and acquaintances, describe him as, a true gentleman, community builder and leader, icon of Sackville, pillar, helper, Sackville advocate, hands on, down to earth, fair. A man who gave from his heart, a great friend, whose kindness benefitted so many.

Our father has left a rich legacy, considering his greatest wealth to be his family. Dad never forgot his roots and deep love for his parents small family farm in Bishopville, N.S.. Every weekend, we would make the drive to his family homestead where we as children, loved to play and explore “the farm”, helping feed the cows, while visiting with Gram and our Uncle Clyde. His grandchildren and great grandchildren all still love and enjoy the family property, that he so lovingly preserved for us. Dad has instilled in us the importance of honesty, hard work, fairness, generosity, supporting local business and most of all, family. We are beyond blessed to have had this gentle man to call “Dad, Grandad and Great Grandad. We have lost a great patriarch and we will love you forever, Dad.

Funeral service will be held at Rock Church, 222 Sackville Dr, Lr. Sackville, on Thursday, February 18th at 2 p.m. with Lead Pastor, Chris Ivany officiating.
FUNERAL SHALL BE BY INVITATION ONLY.

The service shall be live streamed. Use the following link: https://www.youtube.com/watch?v=R0QoLQgkcXk

Internment shall be at the Bishopville Cemetery at a later date.

Full-service delivery, right where you need it. A fleet of 25 trucks from boom to flat deck and experienced operators that give you peace of mind.

Home Improvement projects come with a lot of questions. We’re here to help. No matter the question or the problem, our team will help you find the solution.

We have the products you need in-stock, every day. We also specialize in special orders from hardware to customized building materials. If you need to find it, give us a call.

100% locally owned and operated. When you shop at our stores, you are supporting your local community.

Earn Aeroplan Miles on all your purchases.